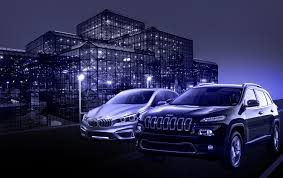 Every year things in New York rev up for the New York Auto Show, one of the premier automotive shows in the world, which features the hottest new cars and trucks of the coming year. This year was the 113th show and it was held at the Jacob Javits Center between March 29th and April 7th.

The NY Auto Show has a long history. It started in 1900 as the first of its kind, and has been held every year since – not even taking a break for the World Wars or the Depression. The show is still one of the most important automotive events in the world, as hundreds of vehicle makers and enthusiasts converge in New York to see the cars of the future.

The show features virtually every make and model that’s sold in the US. Previews of pretty much every vehicle you can think of are available, from sports cars, to concept vehicles, to more practical every day cars like SUVs and sedans – all the new models are there. This year the show featured sneak peaks and brand new models right off the production line. With 1000 new cars including 60 completely new debuts, and 2013 and 2014 models and concept models, it was something every serious car enthusiast would love.
Some of the sporty stand outs

Sports cars always feature on the highlights. This year featured the 2014 SRT Viper TA (short for time attack), which as the name suggests, is ready for the track. This model has a number of upgraded features including new suspension, an advanced aero package with carbon fibre front splitters and rear spoiler, and a black interior with orange bursts. It looks as snazzy as it sounds.

Corvette is offering something a little step further. Rather than taking track technology and imitating it for street cars, Corvette is taking the actual technology and applying it. The 2014 Corvette Stingray, an open roof convertible with an all aluminium structure and a number of these features is a great example.

Jaguar showed off this year with its 2014 XKRS GT, which is a track ready but street legal version of the XK coupe. This little beast can go from zero to 100 km/h in under 4 seconds.

The idea of concept cars, as one commentator said, is to provide a glimpse into the future. This year featured a few stand out models including the BMW concept car ‘Active Tour.’ This car has a 3 cylinder engine for front drive and the back wheels are electric. It can drive 33 kilometres on electric power. The coolest thing about this car is what BMW call the ‘cool shade’; the roof tint can be changed just by pushing a button. The composite glass uses suspended particle device technology to change the tint.

Another glimpse into the future was Kia’s car Cross GT concept , with touch screen controls. It also features coach style doors (like a coach and carriage of the last century), and has large, comfortable, bucket seats. One special touch is that it features a central mouse control technology – so the driver can change a whole range of functions without taking their hands off the wheel.

As always, there were a load of other cars that were worth checking out, including the VW GSR, a modern take on the GSR of 40 years ago.

The New York Auto show has a little bit of everything for everyone. It’s well worth making a special trip to see it.